Build it, and They Will Come: Keren Tang

Ward Karhiio councillor worries that Edmonton will lose out on investment opportunities if we aren't willing to improve transit, infrastructure
By Steven Sandor February 22, 2022

This is the second in our series of profiles of Edmonton’s current city councillors. This time, we head south to Ward Karhiio.

Keren Tang became a Canadian citizen in 2015. But, as soon as she knew she got the right to vote in local, provincial and federal elections, she started to think about bigger things — about running for office.

“We talked about a lot of the challenges for women, in the boardroom, in politics. And sitting through those conversations, I thought, I know this is a challenge, but if you want to see more women elected, you need to see more women running. I’m tired of talking about it, I want to do it.”

"I’ve heard this before from people who are politicians, that you have to be a bridge builder if you want to be in politics. I think we need to do a much better job of that."

So, in 2017, she ran in Ward 11. She finished second to Mike Nickel. But, in 2021, she won the Ward Karhiio race, earning nearly 40 per cent of the vote. That same year, she was named to Edify‘s (then Avenue Edmonton) Top 40 Under 40 list, and was a project lead for the province’s Ministry of Health, with her focus on newcomers to Canada and their wellbeing. She later worked at the City of Edmonton as the leader of the RECOVER project, aimed at innovating new ways to improve public wellness in the city.

Tang grew up in Connecticut. Before moving to Edmonton in 2012 to study public health at the University of Alberta, Tang studied at McGill University and taught on a Navajo nation in New Mexico.

“I’ve heard this before from people who are politicians, that you have to be a bridge builder if you want to be in politics. I think we need to do a much better job of that,” says Tang. “I think I have what it takes to be that bridge, with my community, participatory kind of approach.”

As she knocked on doors in 2021, she said she heard a varying number of complaints from residents — from coyotes, to the city’s new waste-removal system, to the reduction of transit routes to Edmonton’s more outlying neighbourhoods. Ward Karhiio stretches from 50th Street in the east to Gateway Boulevard in the west, and touches the city’s southern boundary. It takes in a significant portion of the Mill Woods neighbourhood. She and her team devised a platform made up of 11 priorities that mattered to the ward; she admits that, the first time she ran, she may have focused too much on big-picture issues. This time, she learned from it and drilled down to issues that were of hyper-local importance within Karhiio.

And she’s passionate about how municipal government and city departments touch people’s lives. How does snow removal-policy impact the overall wellness of her ward? As someone who has worked in public health, she sees the crossover.

“A lot of those levers are at the local municipal level.Think how our roads are designed, or how our sidewalks are designed. Snow removal is a really  good example. For seniors, one of the highest levels of hospitalizations and emergency-room visits is for falls. Injuries from falls are one of the biggest reasons for ER visits. And, in the winter, that’s related to how clear our sidewalks are.”

Alberta Health Services’ stats show more than 150,000 hospital visits are made in a year because of falls.

The Edmonton Research Park is located in Ward Karhiio. And, Tang says, as the city looks to move away from a resource-based economy, we need to do more to talk about the innovators who have taken up residence in the park. We need to do more to show off Edmonton as a place that embraces the new economy.

“That’s why I think that the transition away from a resource-based economy and having that public infrastructure, which relies on public dollars, is so important in order to keep people here,” says Tang. “I think a lot of people in Edmonton are making those decisions — do I stay here and build my company? Or, do I go somewhere else? I don’t want to see more talent moving out of the city.”

But, to encourage new startups, and to convince businesses to set up operations in Edmonton, Tang believes the city needs to show that you don’t need a personal vehicle to get around. She says entrepreneurs are looking to locate in cities that embrace the urban experience. And that’s why transit isn’t a money drain, it’s an investment.

“I think our transit needs to be reinforced. A lot of people will talk about the economy, a lot of people will talk about housing and a lot of the social issues. But I think transit is the artery that connects all of these organs. In the past little while, I’ve had conversations with people about international companies wanting to move to Edmonton, to set up shop. But it’s actually quite hard to find locations for them that are truly transit-accessible and easy to get to, or to locate them close to where people live. Everything comes back to the fact that we need better public transportation systems. We need better active transportation systems.

“We are going through the bus network redesign and, even on an ongoing basis, we’re looking at small changes. And, we have the LRT expansion. The one in my ward, the Valley Line, fingers crossed, is opening late summer, and it is long overdue. It’s a good case of if, if you build it, will they come? I think it has to be a little bit of that, because that’s consistent with what I am hearing about some of the economic opportunities that are currently unavailable to us because of the lack of public infrastructure. Given COVID, this is the time to get it right.” 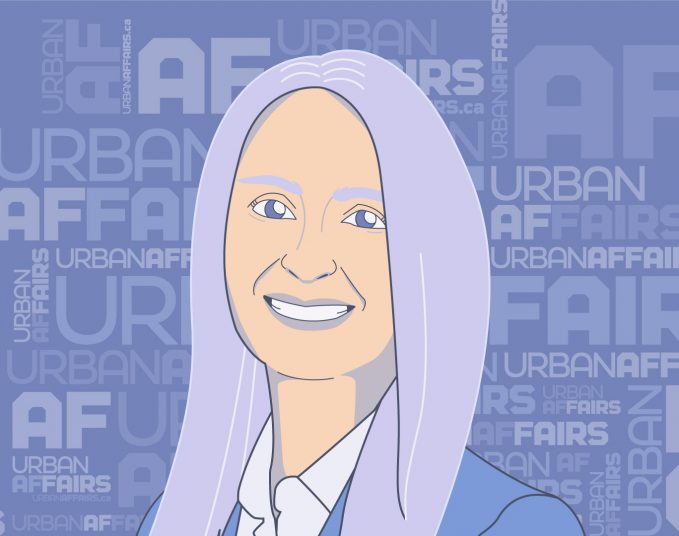